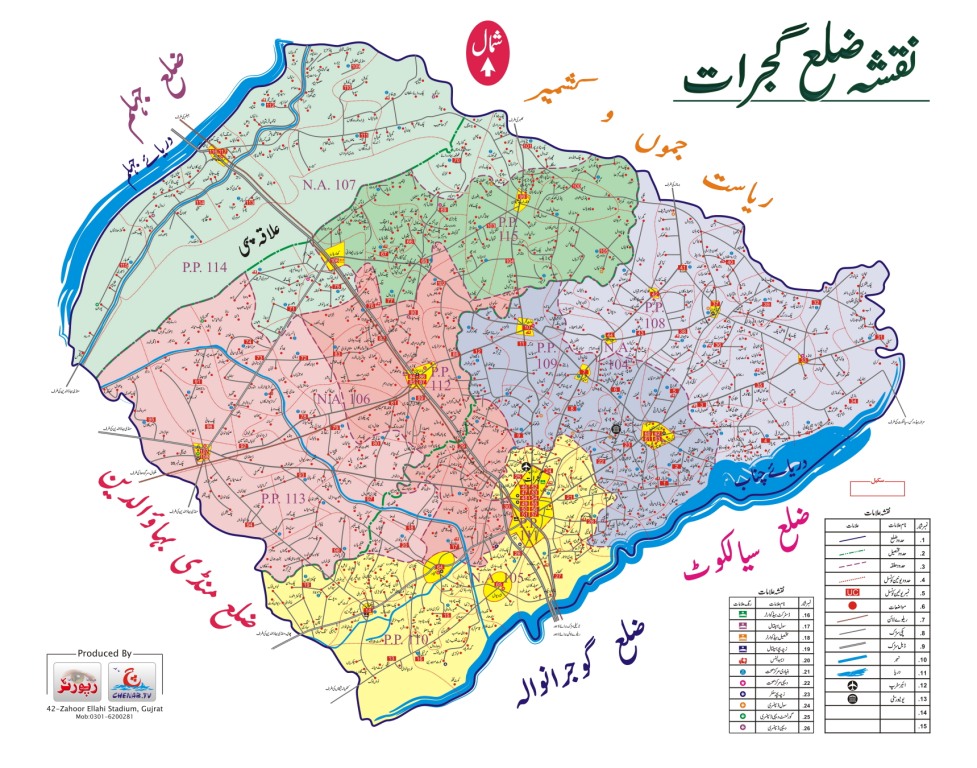 Gujrat is an ancient district located in between two famous rivers, the Jhelum and Chenab. It is bounded on the northeast by Mirpur, on the northwest by the River Jhelum which separates it from Jhelum District, on the east and southeast by the Chenab River, separating it from the districts of Gujranwala and Sialkot, and on the West by Mandi Bahauddin. District Gujrat is spread over an area of 3,192 square kilometers, and it includes historic villages and towns such as Jalalpur Jattan, Dinga, Kotla Arab Ali Khan, Kunjah, Shadiwal and Lalamusa.

District Police Gujrat was Established in 1849.